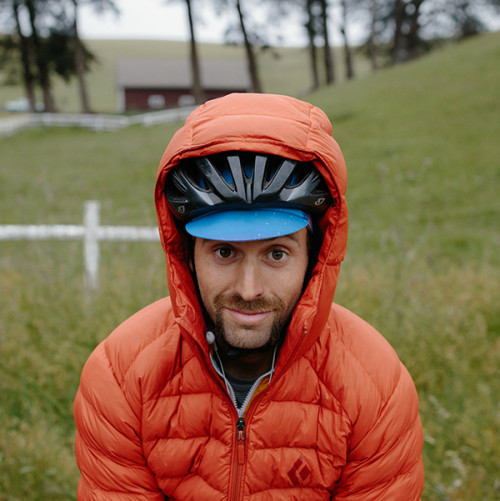 @andrewfitts
Andy is a freelance writer, photographer, and producer who lives nomadically in his truck, with his pup Bea. Together, they spend their time running, skiing, and trying to live as simply as possible.
https://www.fieldmag.com/articles/andy-cochrane-why-gas-station-coffee-is-best-adventure-fuel

I’m writing this in an airport terminal, waiting for a flight to Mexico City. Just 12 hours ago I was in Squamish, climbing rocks. Next week I’ll be hiking in the North Cascades, then working in Portland, bikepacking across Oregon, on a project in Tahoe, and finally–if I’m still alive—trail running in Jackson. It’s a gauntlet of travel packed into a single month. To stay hydrated I plan to fuel on gas station coffee.

After four years of living on the road, I’ve learned a lesson or three. The first were basics–where to sleep, how to eat healthy, where to find wifi, and where to shit. Soon after I learned that I could live happily without much stuff–a kitchen or bed, most of my clothes, a heater, shower, air conditioner, toilet, and laundry machines all became non-essentials, and were soon given away. I found it easy to rent, borrow, or go without all of them. That is, until it came to consistent source of caffeine.

"The more I drink gas station coffee, the more I realize its correlation with grand adventures."

And, there is no better, cheaper, or more prevalent source of blood-rage-inducing caffeine than a cheap refill at a gas station (queue the haters). Sure, gas station coffee isn’t something I write home about often, but that’s fine with me–at least it is consistent.

The more I drink gas station coffee, the more I realize its correlation with grand adventures. For instance, if you’re throwing down a 20oz House Blend at 9pm, you’re probably up to something fun, at least in my book.

Like any love, my relationship with gas station coffee has developed over time. At first, I avoided it, then I occasionally bought a cup when I deemed it truly necessary, and now I openly look forward to gas station stops, primarily for the coffee.

I treasure every last drop of rocket fuel I can get. In the last few years we’ve been through a lot–a couple cross-country drives, more than a few all-nighters (sorry mom), dozens of skiing, biking, and climbing trips in the mountains, and most of the articles I’ve figured out how to get published, like this one.

I’m not implying that gas station coffee is a cure-all, or even better than a freshly-brewed cup at your local coffee shop, but rather, just something you shouldn’t write off so easily. It has its place in this world and not just as a last-ditch savior.

Take a moment to set aside your coffee-snob taste buds and embrace the utility of the gas station coffee abundance. It’s everywhere and that’s a damn good thing. As Americans we’ve learned to embrace mediocrity is many things–midday TV, frozen vegetables, cheap toilet paper, basically any commute to work, the fit of a t-shirt, hotdogs, and local weather stations–so why not do the same with coffee?

Dream big, stay humble, work your ass off, and drink gas station coffee. I promise your life will turn out right.

Check out other articles by Andy Cochrane, to see what wild adventures gas station coffee has fueled in recent months.

A Nomad No More: How COVID-19 Changed This Writer's Road in Life

How Ice Climbing & Ice Festivals Moved From Niche to Mainstream

In just two decades the esoteric activity has grown from some 50,000 active participants to over 3 million in American alone

From heart felt personal essays on adventure and family to adrenaline inducing recounts of climbing Denali, these features struck a cord

Why This Olympian Trains for Marathons on Mountain Trails

Why I Ditched Digital to Embrace Film Photography

Professional photographer Natalie Allen lays out why she switched to analog image making, and how it changed the way she shoots

Op-Ed: Why You Don't Need That Fancy Retreat