Accident on Wedge Mountain: A Real Account of Survival

Accident on Wedge Mountain: A Real Account of Survival

What It's Really Like to Live In a Vintage VW Bus 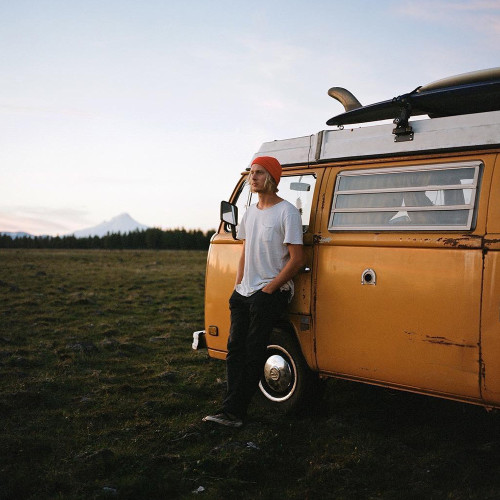 Sitting in my van in a friends gravel driveway somewhere in Seattle, exhausted, soaked to the bone, and still wearing my rain jacket because the steady drip from the ceiling has evolved into a steady pour. I’ll fix that on a sunny day, I tell myself. I’d spent an entire month working on my engine in a shop in an industrial area of Salem, Oregon, only to be left stranded in Tofino barely a week later. I'm now sitting surrounded by soggy clothes, parts, tools, and mud, trying to swap in a new motor because my latest freshly tuned engine shit the bed.

I try to keep my grease covered hands off the clean stuff but it’s too late. Cursing the forecast which predicts a week of solid rain, I’m painfully reminded that winter in Seattle is either below freezing and not raining or just above freezing and raining. Yesterday I worked in the cold so I could beat the rain, but I was too slow, and have spent all morning laying in puddles of mud as a result.

I cross my fingers and hope the engine I just installed will fire up when that oil filter comes. The oil filter comes but it doesn’t start, of course. I think I’ll just walk to 7-11 and get a coffee and donut and worry about this later...

"Three engines, a lot of oil, tows, and dollars later, and I’m realizing that I should be careful what I wish for."

00
...with a little help from my friends

A weird hippy dude who built a motorcycle out of his VW bus once told me, “I’ll be damned if I ride a machine that I can’t fix." I took that advice to heart and told myself that that was the man I was gonna be. Three engines, a lot of oil, tows, and dollars later and I’m realizing that I should be careful what I wish for.

Unless you live under a rock (no offense if you do), you’ve probably noticed that the internet has taken quite a liking to the whole #vanlife thing.

Is vanlife really the glamorous, no problemo, daydreamy, “new American dream” that it’s portrayed to be? After all, who isn’t tempted by the sound of living without rent or a mortgage, waking up in ancient forests or abstract desert landscapes, having everything you want and need in a vehicle that functions both as a house and mode of transportation? That was something I wanted to find out for myself.

"I came out of that trip stoked and broke, but I was sold hook, line, and sinker."

My vanlife story began a few years ago.

As a teenager, many of my friends and peers were deep into the european/volkswagen car scene, which played a significant influence on my perspective and vehicle tastes. My friends would spend every penny they earned into building, maintaining, or modifying their beloved vehicle. It was quite the labor of love, and often proudly testified by the bumper or window sticker, “built not bought”.

I’ve always been fascinated with old Volkswagens, and decided that an old VW bus was a bit like the holy grail. Tired of paying rent and itching to live in the woods and by the ocean, I sold off my collection of VW rabbits, bought a van, and soon after moved into it. It wasn’t long until I discovered the rapidly growing culture of the vanlife world.

When I first moved into my rig, I was living in Pennsylvania at the time. I had never met another person who lived in a van, and due to the foreign nature of that lifestyle I actually took a bit of flack from concerned friends and family for the first little while.

My first extended trip was through the New England states. I convinced a friend to ride shotgun and we spent the fall season climbing Mt Katahdin, showering in freezing water holes, watching the leaves change, cooking lobsters, eating at crusty diners, and trying to figure out what that weird noise was in the engine bay. We ended up toasting a cylinder head in the boondocks of Northern Maine, and lived on a sailboat while the engine was being fixed by the local VW guru. I came out of that trip stoked and broke with just a couple bucks to my name, but I was sold hook, line, and sinker.

It’s been interesting to see the effect that social media and the culture in general has had on this growing subculture. It’s weird to often get recognized as “that van guy”, and in fact I will rarely park in places that I know are bound to attract attention. I actually have a friend that sold his camper in order to avoid being recognized around every corner by ecstatic and intrusive Snapchatters and Instagrammers.

"I think that vanlife only functions sustainably when it operates as a means to an end, and not an end in itself."

I think that vanlife, or unconventional lifestyles in general, only function sustainably when they operate as a means to an end, not an end in itself. Deciding to live in a van is a practical vessel to accomplish a goal or be directed towards a certain trajectory. Living in a van will teach you a lot, and I’m excited to see a movement develop that challenges normalcy and the status quo. There’s something to be said about those that willingly live without a shower or restroom for a month, if it means they get to spend more time outside doing what they love.

I’ve been living in my van for nearly three years now, and they’ve have been some of the best years of my life. I’ve made some of my closest friends, surfed secret waves, climbed mountains, broken down 10 miles back an abandoned forest road, fixed gas leaks with shoelaces and electrical tape, been hassled by cops, yelled at by agro surfers, gotten really good at stealth camping, been towed too many times to count, battled invasions of mold, and eaten an unknown amount of avocado burritos.

Over these past few years I’ve also spent more months than I can remember throwing time, energy, and money into this vehicle that I’ve called home. The greater the effort, the greater the reward.

Now, wish me luck as I plunge back into my engine rebuild.

A Nomad No More: How COVID-19 Changed This Writer's Road in Life