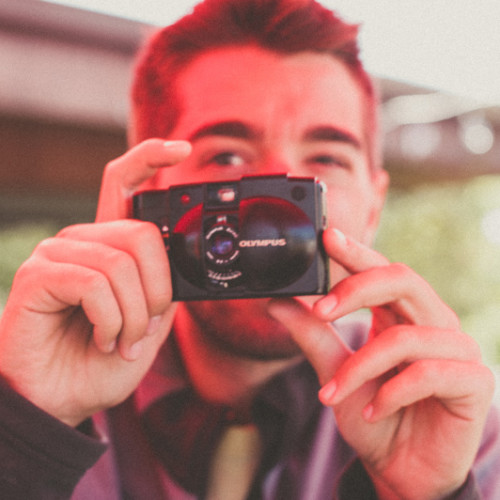 Candy Mountain Collective
Born and raised in SF with current roots in LA, Skyler Greene is a photographer by trade and an explorer at heart. He is Founder and Creative Director of Candy Mountain Collective, an emerging group of talented and creative photographers, designers, filmmakers, storytellers.
https://www.fieldmag.com/articles/backpacking-norway-dovrefjell-ntl-park-sognefjord

In 2011, while living Germany, a group of friends and I spent a month driving north through Germany, Denmark, Sweden, and into Norway in a blue Mercedes camper van. The experience brought us through sacred Viking swimming holes, forests filled with wild berries, and the inevitable deep life discussions one falls into when separated from civilization with like minded individuals.  Along this journey, these gentlemen became my brothers, and so five years later we reunited for another adventure. This time around, all of us a bit older and a touch wiser, with the burdens and responsibilities of adulthood nipping at our feet, we concentrated the trip to exploring two regions of Norway: the mountainous backcountry of Dovrefjell National Park and the steep expanses of the Sognefjord.   After 26 hours and 43 minutes of travel a brisk wash of air over my face marked my arrival in Norway. It was 10pm, but the light on the horizon looked half that. Already feeling exhausted but high off excitement, I slumped my bags on the VW and with what little room was left, piled into the sedan and the five of us hit the road.

Our first destination was to be an antique backpackers hut nestled between two mountains known as Gammelsetra—which translates to “old settlement”. We thinned out our packs, filled all empty space with cans of beer, and started hiking. Gammelsetra was described to me along the way as a congregation of huts in the backcountry tucked away in Dovrefjell National Park.

It was suppose to be spring in Norway, but what began as visible patches of frozen ground slowly turned into waist high pockets of unpacked snow left over from winter. As we ascended the mountainous pass, my old boots looked less and less eager to continue. Each wrong step meant sinking down a meter of half-melted snow, soaking my boot form the inside out. As a California dude, I’m more conditioned toward hiking in forests and deserts, than alpine.

The temperature quickly fell as the sun faded and our altitude increased. Lack of sleep and hiking in wet boots all day had weakened my body, but not my drive. After a days hike, Gammelsetra revealed itself between two steep snowy hills. Each of the long wooden huts were fit for a family of hobbits with doorways short and squat, low windows and tall roofs. Two wood burning stoves flanked by piles of chopped wood heated the home, and all water was brought in by two large galvanized pails from the spring outside. In other words, backpackers paradise.

On the 5th day, we packed up and headed back into to town, and from there southwest towards the majestic fjords. Along Sognefjorden and Lustrafjorden are steep cliffs with steep hills, leading down to deep aquamarine water. During the evenings, the sun only relinquished its custody to a dusk for 4 hours, leaving the landscape illuminated by a waxing gibbous moon. We tuned a small radio we had to a local radio station and drank beer around a campfire. The thunderous cracking of ice shelves on the mountain peaks above us signaled small avalanches—nothing more than something to cheer and gawk at.

Everyday was a different page out a færie tale.