Film photographs capture a wild, beautiful landscape and a youthful yearning for adventure 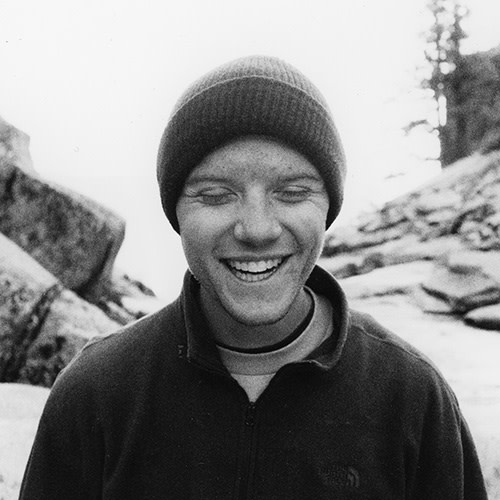 @kellenmohr
Born in Washington, formerly based in California, now calling Bend, Oregon home, Kellen is a dedicated film photographer and all around adventure enthusiast.
https://www.fieldmag.com/articles/backcountry-camping-marble-colorado

Late Summer found my friend Nick and I zooming from LA across the southwest, en route to the gloriously tiny mountain town of Marble, CO, population 130. We spent the night of the summer solstice on a riverbank in southern Utah, surrounded by red dirt bluffs and the lazy chirping of nearby crickets. By the time the sun was up an already-oppressive heat was upon us, so onward we went, cruising into Marble just before sundown.

Here we met Chris, an old friend with extensive ties to the Marble community. His family history stretches back several generations in Marble and boasts two beautiful properties to show for it—on one of which lies a log cabin that his parents and their siblings built by hand over the course of several summers some time ago. Chris and his family grew up visiting, so not only were the guide services top-notch, as was the story telling. It was incredible to hear the depth of the heritage and memories the town and surrounding mountains held.

The following week felt more like a month, with time slipping its moorings as the good times rapidly approached a crescendo. Though they never stopped coming—off-roading in the family’s beautifully restored ‘75 Jeep along precarious mountain passes, penguin sliding through snow speckled alpine bowls, getting caught in massive Colorado storms every afternoon, fishing each evening, trekking to and swimming in pristine alpine lakes, backpacking to valleys populated only by wildlife and aspen groves, eating fantastic BBQ at Slow Groovin, the town’s only business—every thing, every moment, was exactly what we needed.

See more from Kellen here and on IG

A contemplative look into the life and times of Jim Henterly, illustrator, naturalist, and National Park fire lookout

A 35mm Love Letter to Open Borders and Freedom of Movement