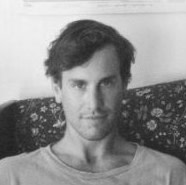 Alex Yoder bought a camper off the internet. The thing is a beaut. Complete with 4WD and palatial living quarters. It started life as a VW service vehicle and had since been customized into an adventure rig equipped to get you to whatever far off destination you could possibly imagine—a true one of a kind domicile on wheels. Only thing was, it was in Europe.

I’d never been to Europe for the sole purpose of snowboarding before. And I really had only met Yoder a few of times, but we got along well so when an invite arrived via text it sounded like a great idea. I was in. We both flew to Zurich right after New Years. Yoder from Jackson Hole, leaving behind a record breaking snowfall year and me, from Brooklyn, where winter hadn’t quite made up its mind yet whether to arrive or not.

When we landed in Zurich I noticed a lot of grass. Turns out, the Alps didn’t have much of a base yet. On top of that, upon arriving at the lot where the camper was parked, we realized the license plates had expired, meaning we couldn’t drive it. Morale wavered for a second, but pinged right back into the green as we talked about the different countries that would be cool to check out. Warning signs aside, we were hyped, and minutes later on our way to Germany to get legit.

"There was no base, so the snow was very forbidden fruit style—look, don’t touch. Sometimes though, like secretly, we did touch, and it was pretty fun."

We ditched the camper and hopped on a train, spent the night in Germany, got the plates, trained back to Zurich, popped the plates on, and then drove another 5 hours back across the border to the same German equivalent of a DMV to prove that the new plates had been properly affixed to the camper (selfies did not count for some reason, idk). After some confusing sorta-German-sorta-English exchanges and a few shoulder shrugs we were deemed good to go.

Austria sounded like the place to be for optimal snowfall and so we went there. As we began to enter the mountains, it started snowing very hard. Alex said that it looked like Japan. I’ve never been, but took his word for it. It was time to see what the camper was really made of. Four wheels of driving fury, baby! Except not. A scary grinding sound lurched from the engine as Alex shifted into 4WD. I took my phone off airplane mode and scanned some VW forums while Alex got a hold of the original owner. As it were, it just needed some TLC, and lube. Because two wheel drive wasn't going to cut it, we decided that we had traveled far enough and pulled into the parking lot of the closest mountain, Stuben am Arlberg.

Fortunately, Stuben was amazing. From our cozy parking spot we had access to blisteringly fast wifi, a bathroom, a bar that had a large stump in it and a chairlift just a couple hundred feet away.

The snow kept falling and we rode at Stuben for a few days. There was no base, so it was very forbidden fruit style—look, don’t touch. Sometimes though, like, secretly, we did touch, and it was pretty fun. I got a couple of core shots as a result though.

Alex’s friend, Nicholas, joined us in the parking lot in his mini Subaru van and we had a great time lapping the mountain together. Each morning, the three of us would convene in the cold camper and make breakfast, coffees, and listen to “Back in the New York Groove” by Ace Frehley. It’s a great soundtrack for when you’re sleeping in a car in the Alps for 10 days, hanging with friends with no real pressure to get work done, and not the best conditions, but also not the worst. It’s the kind of speed that you wouldn’t mind maintaining for a while. Ace probably felt that same feeling when he was hanging in New York. Like how he sings, “This place was meant for me” and then he goes on to harmonize with some other guys “oOOOOOoOoOoOOOOOooo” as if they all felt the same. We sure did.

The Union Expedition Binding Shakes Up the Status Quo in Splitboarding

A Brief History of Splitboarding and Our Favorite New Board, Reviewed

Cliff notes on the emerging snowboard subgenre plus a hands-on gear test in the backcountry of Jackson Hole, Wyoming

A rare and exclusive sub line of apparel and techwear helmed by legendary Fragment Design founder Hiroshi Fujiwara, the Godfather of Streetwear