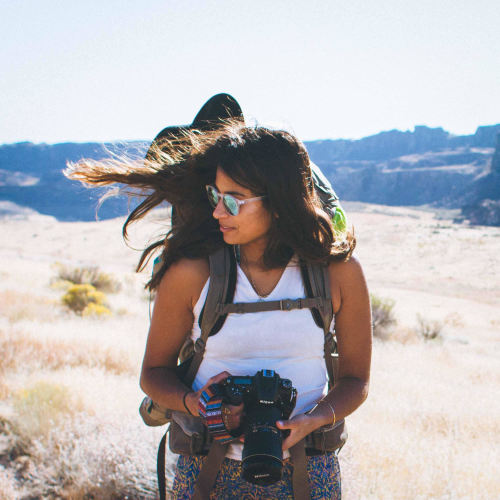 @miriamsubbiah
Miriam Subbiah is a Vermont-born photographer and creative director now living on the West Coast. Her work documents the environments and people around her. She is currently using every weekend to explore Washington, usually while wearing crazy patterns.
https://www.fieldmag.com/articles/snow-bowl-hut

Seattle has a reputation for having endlessly gray winters, but rain in the city often means snow in the mountains, and finding solitude in fresh powder is favorite way for Northwesterners to cope—even for non-skiiers. A quick glance at the Mount Tahoma Trails Association (MTTA) website in early November when the reservations open for the season, a winter’s worth of escapes await in one beautiful location.

The MTTA is North America’s largest network of hut-to-hut cross-country ski (and snowshoe) trails located at the foot of Mt. Rainier, the largest mountain in the Cascade Range. Despite being accessible only by foot—the entire system sits within a National Wilderness area—these off-grid cabins are absolutely idyllic winter retreats. The largest, Snow Bowl, sleeps up to 10, and is where, earlier this winter, we found refuge with a group of eight friends.

Having cross-country skied up to the Copper Creek Hut last year, we were eager to explore a slightly further option. When we pulled into the trailhead, snow began to fall, and we set off for a few hundred meters before stopping to put our snowshoes on. The trail begins with a significant and continuous incline, and the initially barren gravel path quickly turned to several feet of snow.

When we arrived at the cabin, two MTTA volunteers greeted us with fresh coffee and a warm wood stove. We peeled off our sweaty layers and settled in to the many couches, cozy bunks, and well-stocked kitchen. But not before filling the snow buckets for melting on the fireplace stove for water later.

The next morning, the clouds briefly cleared, and we enjoyed sweeping views of endless evergreens. The two volunteers had just finished building a gazebo a short distance from the main hut, so we traipsed out there, plowing through three feet of fresh snow. We built snowmen, had snowball fights, and each signed the guest log book with a self-portrait sketch, before making the four mile trek out.

If you venture up there, look for our page.

read more about the MTTA here

Dozens of unique cabin designs available across North America, Asia, and Europe from as low as $6,500 USD

Flatpack shipped A-Frames and cabins designed for self-assembly in town or the remote wilderness, starting at $21,000

In Search of the Illusive One Ski Quiver: The Line Vision 108 & Marker Kingpin 13

A thorough test of the illusive setup, from inbounds at Alta to the backcountry of Montana's Tobacco Root Mountains

A Brief History of Splitboarding and Our Favorite New Board, Reviewed

Cliff notes on the emerging snowboard subgenre plus a hands-on gear test in the backcountry of Jackson Hole, Wyoming