The MT Sobek co-founder discusses 50 years in the travel business, the call of wild places, and the big-picture problems of travel on a choking planet 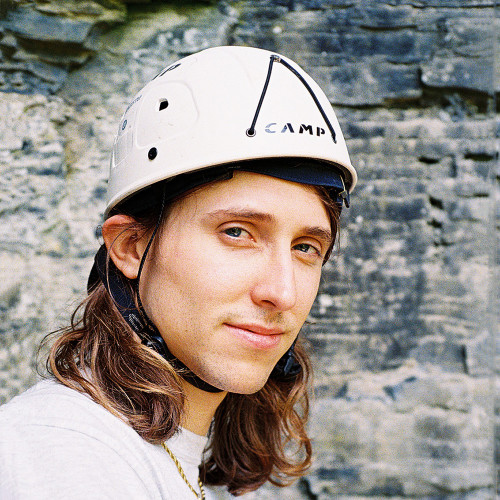 After getting hooked on the feeling of running Colorado River trips through the Grand Canyon, 23-year-old Richard Bangs had the bright idea to turn his passion for adventure into a business. Together with fellow whitewater fanatic John Yost, the two founded Sobek Expeditions in 1973 and set about convincing groups of customers who were curious, reckless, or stupid enough to trust a couple of kind hearted kids to run them down hundreds of miles of some of the world’s most remote waterways.

When Bangs first took his travel firm abroad, pinballing down Ethiopia’s Awash River, adventure travel was pretty much a non-entity—even the concept of international trip-taking to established destinations was still in its late youth. (In 1974, just under 2.5 million U.S. passports were issued, compared to over 21 million in 2018.) But the concept caught on.

Over the next 40-something years, Bangs would serve as a stuntman, TV host, internet early adopter—he was on the founding executive team at Expedia—and author of 19 books, all in the service of guiding people toward what they didn’t know they were looking for. Along the way, Sobek teamed with Mountain Travel—a fellow innovator, if not the inventor of adventure trips—to create MT Sobek, the ultimate agency for making far-flung ideas a reality, which is now celebrating 50 years in business.

On the occasion of the digitization of the Sobek photo library, we spoke with Bangs about the call of wild places, the big-picture problems of adventure travel on a choking planet, and his unique way of being in the world. Maybe the only aspect of Bangs’ four-decade career in adventure travel more impressive than the sheer number of river descents he’s pioneered is the fat vocabulary he’s developed to describe his life outdoors.

How did you feel leading the first Sobek river trips in Ethiopia? The combination of trying to start a business along with having a group's lives in your hands in a foreign country for the first time must have been stressful, to say the least.

How did I feel? Mostly a ferment of excitement in sharing what I thought to be a fiercely fantastic and unique landscape. I don’t recall a sense of stress or trepidation, mostly the radiance from the flame of adventure. Even when a croc bit [Sobek co-founder] John Yost’s raft, there was a feeling of authentic emprise. The end of the trip was the beginning of new lives for all of us, and for something that would become adventure travel.

It was meant as a last yahoo before law school, but as I soaked in the experience so much more powerful than the Colorado passages, I re-imagined life, for me and others of like mind and spirit. There were roaring rapids, but also parades of African wildlife, including thousands of hippos and crocs; Nilotic peoples, decorated with enormous lip-plates and intricate scarification, who had little if any encounters with Westerners; and there were unexplored side-canyons with waterfalls hundreds of feet high festooned with vegetation that seemed out of Dr. Seuss.

How did you feel throughout the process of digitizing the Sobek film library?

It was a chance to re-visit the powerful moments of my own adventures, and many times I felt like the David Hemmings character in the film Blow-Up, in that as I looked closer at a digitized image, I saw so many things I missed when I was there. It was like experiencing something profound for a second round, only this time with more depth, detail, and something approaching understanding. With time, seasoning, and accumulation of engagements, the dots began to link, patterns began to emerge, and there was a grasp of the interconnectedness of all things.

"It is a paradoxical notion that the places we wish to remain protected and wild cannot become so unless boated, hiked, biked, sailed, hunted or in some way actively engaged."

In many ways, adventure travel is way easier than it was in the early days, most notably through the internet and increased access to remote places. In others, it's more challenging: the spread of monoculture, the taming of wilderness, the environmental cost of plane travel. What do you think is the way forward?

In the great ledger of travel, there are indeed many negatives, including over-tourism, wilderness degradation, and the contributions to global climate change.. However, the positives vastly outweigh the negatives.

This has been a cheerless theme to my explorations over the past 50 years. So often I would stumble onto a spectacle so bravura it would speed the blood, or run a river gauntlet so challenging it would validate existence, but then upon return discover it was less so, or gone, because of untenable concerns set to exploit in an unsporting way. There is no wild waterway on the planet uncoveted for diversion or damming; there is no forest not lusted for felling and development. It is a paradoxical notion that the places we wish to remain protected and wild cannot become so unless boated, hiked, biked, sailed, hunted or in some way actively engaged.

"I am a huge fan of the unknown mountaineer, the adventurer, the traveler, who achieves a peak without a selfie; who keeps a log, but doesn’t post it, who fights anonymously to save a special place."

Over the decades I have witnessed many special places preserved and lost, and the critical vector was more often than not the number of adventurers or outdoor enthusiasts who trekked the landscape, floated the river, climbed the peak, or mountain biked the paths and were touched deeply by the unique qualities of beauty, spirit, and challenge. When such a space became threatened there was a constituency for whom the place was personal, a collective force ready to lend energy, monies and time to preservation.

The Colorado still dances through the Grand Canyon largely because those who rafted this cathedral rallied against a proposed dam. The Tatshenshini in British Columbia, a river I pioneered in the middle-70s, with the highest concentration of glaciers, grizzlies and bald eagles in North America, was almost victim to an open-pit copper mine, but those adventurers who had made its passage fought fiercely and won protection. Culturally intact Dyak villages in Borneo, and throughout the tropics, sustain in part because outside trekkers who witnessed their magic made public battle against timber and oil companies otherwise poised with bulldozers.

Not the only one, but a bona fide solution to saving the extraordinary, but sometimes distant, adventure assets and wilderness destinations is to hearten enough people to see and tap and be tapped, as then the concept becomes real and personal, not academic, and the value becomes patent. It is those who have challenged themselves in these places who have been key to saving them, and to a part of themselves.

Who are your favorite athletes in mountaineering or adventure sports at the moment, and why?

I am a huge fan of the unknown soldier, the mountaineer, the adventurer, the traveler, who ventures forth for the inward journey; who achieves a peak without a selfie; who keeps a log, but doesn’t post it, who fights anonymously to save a special place. My long-time friend and partner John Yost continues to make first descents all over the word, and I’m certain he holds the record, but he doesn’t keep count. He lives for the magic and value of the experience. He doesn’t own a camera, and has never taken a photo…he wants to be in the moment, not behind a lens. Whoever the new John Yost is, I don’t want to know. I just want him or her to have the wilderness in which to find solace and self.

If you were Interior Secretary of the US, is there anything you can think that you'd do right off the bat?

Take down all the dams. And make Utah a National Park.

From A-Frame rentals and #vanlife alternatives to how to travel better from an Indigenous perspective, these articles drew the most eyeballs in 2019

The Best New Articles From Around the Web This Week

The world's premier free solo climber lives in a van, thinks life insurance is a scam, and is unlike anyone else