A 35mm Love Letter to Freedom of Movement in the Mountains 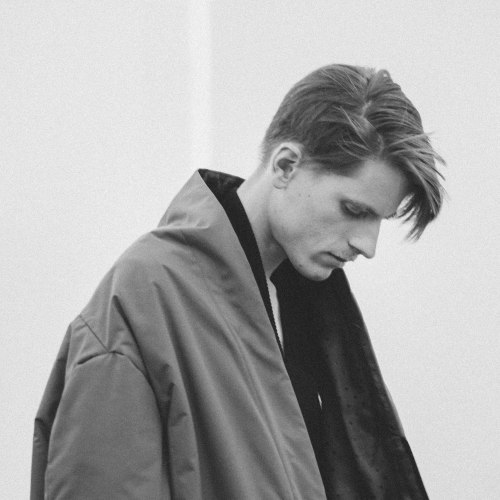 @jakabulc
Jaka Bulc is a photographer based between Ljubljana and Bled, Slovenia. He loves the outdoors, film photography, music, books, Arsenal F.C. and Volvos.
https://www.fieldmag.com/articles/julian-alps-slovenia-ski-tour-photography

I’m not much of a patriot, but I like living in Slovenia. This little country in Central Europe that I call my home ticks all the boxes for an outdoor enthusiast: beautiful jagged mountains, clean rivers and lakes, vast woodlands, a lovely green capital and even a sliver of coastline on the Adriatic.

I like living in Europe too. I’m so used to taking advantage of our border-free system that I barely even notice when I cross into one of a neighboring country on a whim. And I do it regularly—being able to go to Italy for a cup of coffee or to Austria to ski their perfect groomers is something that I cherish greatly.

This past winter was all about powder hunting. Wherever there was snow, I’d go there. Slovenia, Italy, Austria, didn’t matter. It was business as usual, skiing the mountains I love and can escape to whenever I please, regardless of country.

Then the virus arrived, and everything changed. It was scary. And quickly became even scarier when nationalist politicians came out of their holes to turn a health crisis into a crusade against cosmopolitan Europe, a campaign to turn a united continent into a jumble of isolated, antagonistic countries.

Even though mountains often form natural borders between regions, countries and even continents, they are also the epitome of openness, borderlessness and camaraderie. In that, they are a symbol of everything that is good about Europe.

As a reliable climbing partner or knowledgeable ski buddy contributes to a better and safer day in the mountains, I believe a continent of friends and allies makes for a better place to live. Amid the growing nationalistic mentality, cross-border powder hunts, carefree bike rides, and weekend hikes take on a new meaning. They are not mere pastime activities anymore, they are important acts of resistance to the new us-against-them norm.

While people here in Ljubljana are already taking to the streets on their bicycles to protest the way the government has handled the pandemic, I look forward to when it’s safe to protest chauvinism the way I know best—by going on hikes, climbs, and ski tours that pay no mind to the idea of borders and their arbritrary markers of here or there, us versus them.

See more film photography from this past winter in our Photo Essay section.

The 15 Best Nalgene Bottles by Outdoor and Outdoor Adjacent Brands

From outdoor mainstays to iconic bands and rare Japanese brands, these are the best design takes on the ubiquitous bottle

Three all-black modular packs for wherever the road takes you, and whatever weather may be waiting

A vacuum insulated cup, travel mug, and water bottle for home and camp, with graphics inspired by deserts landscapes of the West

Stirring film photos and the love/hate struggle of shooting film, in the ocean, with a 30+ year old camera

How to Develop Film at Home With Coffee & No Toxic Chemicals

A step-by-step guide to Caffenol, the genius process substituting chemicals like ammonia and formaldehyde with instant coffee