End
Back to article
https://www.fieldmag.com/articles/join-bike-protests-social-justice-group-rides-nationwide 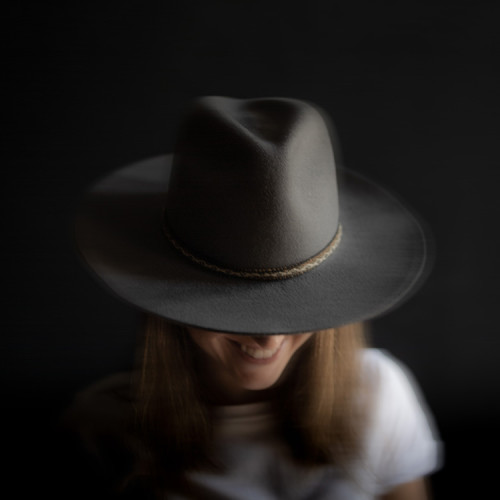 People are taking to the streets all around the country to push for reform—on feet and wheels. After George Floyd’s murder in Minneapolis on May 25th, protests against police brutality and systemic racism rose around the country. Cities like Memphis, Atlanta, Portland, New York City, and Los Angeles, among many others, showed overwhelming support for the Black Lives Matter movement and continue to demand justice with weekly, often daily peaceful demonstrations.

While marching remains one of the most historically recognized way to protest, many in the above cities, and others, have taken to two wheels to spread the message of love and demand for justice farther, and wider. By covering more ground while more easily observing social distancing practices, the bike protests have proved increasingly popular and effective at uniting neighborhoods and cities against prevalent racism in America.

Groups as large as 10,000 have ridden through the streets of New York, and continue to do so on a weekly basis.

As unity is key to the message and function of protest, even bike protests aren't exclusively for cyclists. “The protest groups are open to everyone, whether you have a bike or not,” Juny Francois, co-founder of Riders for Black Lives, says. “Anyone on wheels: bike, skates, skateboards, scooters, young, old, children, and families. That’s the beauty of it—seeing the diversity in the community.”

Francois stumbled upon the protests by literally walking into a group that gathered in Brooklyn's Grand Army Plaza. After asking a fellow rider what was going on, she discovered it was a bike protest. “I said, ‘Let me go get my bike.’ That was my first ride, and I liked that it was a way to protest and do it at a social distance.” Plus, Francois realized she could go with or without friends—since everyone is on wheels, a natural kinship is formed. Plus, everyone experiences the moment at the same pace and with the same energy.

Francois is quick to point out, “there are many people who can’t afford bikes or Citi Bike, and there’s inequity in that. That’s something we want to be able to change: using the bikes as a means for change and bringing about more equity and equality and inclusion.”

Now, the rides have separated into both group rides to raise awareness and protests to disrupt and demand to the message be heard. “The census ride and voter registration ride—we are still riding and chanting, but there is a different, less confrontational vibe,” Steve Mazzucchi, a rider in NYC, shares. He’s ridden with Riders for Black Lives, Ride to DC, Mind Body Results, and Street Riders since the protests started.

If you're looking to get out to join the protests and go for a pedal yourself, the following organizations and reoccurring rides are a great place to start—if you live in Colorado, New York, or Oregon.

“The three most important things to bring are a mask, a helmet, and a reliable bike with lights and a bell,” Mazzucchi says. “A lot of bike protest groups will have mechanics on hand to help you out if you get a flat or have some other minor issue, but you don’t want to have to slow people down or drop out because of some major mechanical problem that could’ve been avoided with a pre-bike shop tuneup!” He also recommends bringing water, snacks, reusable zip ties, and a portable charger.

Zip-tie a sign to your bike or backpack (or both!). Biking for hours and holding the sign is not ideal. “Last but not least, you may want to write the name of a lawyer on your arm or leg in permanent marker, so you have someone to call in the (unlikely) event that you get arrested.” And don't forget why you're there. Because change needs to happen. And it isn't going to come by sitting on the couch.

The 501c3 nonprofit group just launched in June and offers gratis community events to help bring a diverse crowd to the streets. Ride for Racial Justice wants to provide resources, education and community for Black, Indigenous, and People of Color (BIPOC) cyclists, while also dismantling systemic racism. “I feel like our rides are just one component to our work on the grassroots level and set us apart from others. We come to every ride to have meaningful conversations, bring awareness and share our mission and work,” Massimo Alpian, a rider on the board of directors, says. The group rode for Black Lives in Fort Collins, Boulder, and Denver and will ride in Colorado Springs on October 10th.

Founded by Hilena Tibbebe, Ride to DC emerged before the March on Washington. Tibbebe is a Brooklyn-based teacher and wants to change what you think of when you imagine a cyclist. In a little over two months, Tibbebe brought over a hundred cyclists together and rode with them from NYC to DC. You can now check out the Ride to DC Instagram for updates on Tribute Rides and Census Rides.

These rides, based in New York City, started in early June and have continued each week. With community cleanups and other positive activities often hosted in between. Follow them on Instagram to learn the next ride’s details, plus what to wear, where to meet, and the start time. The group also recently advertised for Blockers/Marshalls, medics, mechanics, supply drivers with cars, and heavy two-wheelers to bring up the ride’s rear.

Mind Body Results Cycling wants to get people outside riding, advocating for BLM, and meeting new cyclists. Check out the group’s monthly calendar with Friday Purpose Rides, local rides, midnight rides, bike cleanups, and races. The group caters to beginners and experts alike with pace groups for all. If you’re someone who loves Strava, you’ll be happy to know, the team has a club you should join.

This group has been around since the Occupy protests in 2011 and 2012. After a hiatus, they came back in June as Oregon became a center of national attention for sustained pressure and protests. Follow PDX Bike Swarm on Facebook and Twitter to register for rides.

The last Friday of every month at 7 PM, you can go out for a ride with this pro-bike group. The organization’s roots stem from San Francisco. In the early 1990s, cyclists gathered to showcase their rights to ride in the street — “We’re not blocking traffic. We are traffic!” says the website.

The group’s Instagram page is bursting with resources -- everything from where to get COVID tests to how to unlearn and re-learn about the school to prison pipeline. Riders 4 Rights also amplifies upcoming protests -- biking and walking — in their stories, plus hosts rides and community circles focused on education, discussion, and riding.

Founded by Juny Francois and Kimmie Bernard, Riders for Black Lives emerged about a month ago after bike volunteers pushed forward the idea that they wanted to have more Black women leading these rides. Follow the group on Instagram to see upcoming rides and events. You’ll see everything from census rides to rallies with elected officials, and moving past the Nov. 3 election, Riders for Black Lives will host all the mayoral candidates to come and speak to the group leading up to 2021’s election. “Being involved in bike rides is a way to get our voices heard, and we have power in numbers,” Francois says.

Ed Note: Be smart when riding. Follow local COVID guidelines, wear a mask, and wash your hands. Thank you!