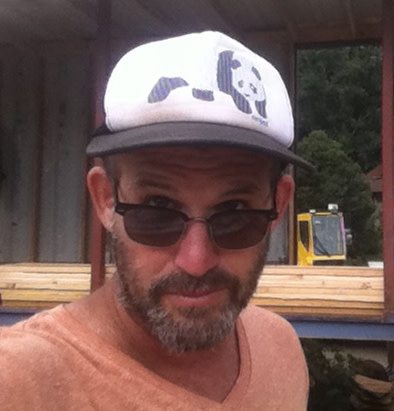 In Texas storms are a part of daily life—an exciting and potentially dangerous part, but ever-present nonetheless. And for Kelly DeLay, it’s a way to make a living. As a storm chaser and award winning weather photographer, DeLay finds himself as close as anyone can get to some of the gnarliest storms the country has to offer—well, as close as one can get and still survive to tell the tale. His interest in weather (particularly lightning) and photography developed early in life, and though adulthood has seen DeLay wear many hats—touring sound engineer, band road manager, audio-video producer for digital media industry—his sustained fascination with weather came full circle some years back as he now holds the job title of storm chaser and weather photographer.

To learn more about how one becomes such a thing, his favorite shots and those most dangerous to get, we recently called DeLay up for a quick Q&A. Read on below.

You wake up one day and decide you're chasing storms? How does that happen?

I have always loved weather. Being from South Texas, I was exposed to it a lot. In 7th grade, I built a camera to capture lightning—a simple pin-hole camera made out of cardboard sealed with black gaffe tape, bolts and wing nuts for loading/advancing 35mm film—and began “chasing” storms around, though never serious, just when the occasion arrived from living in Texas or when I was on the road.

"I love lightning. But, I also have a healthy respect for it."

I started chasing for real in 2009 for my Clouds 365 Project. I started to help a local storm chasing tour company with their social media. I would follow them around, take images, post to social channels for them and started to learn the craft by some of the best storm chasers around. I fell in love with it… changed my life really. Been doing it ever since.

Craziest experience on the job?

Besides storm chasing itself? Ha! I would have to say, when I was chasing a tornado in Simla, Colorado, I came up over a ridge to discover the sun had come out and there were two rainbows—they seemed to be right in front of me like on the hood of the car, so close I could touch them. Then, golfball sized hail started to fall. The hail was falling through the rainbow refraction lighting up the hailstones with amazing color!

I love lightning, it is my favorite to photograph. But, I also have a healthy respect for it. A couple of years ago, I was out shooting lightning in a intense storm. I thought I was in a safe zone when the hair on my head and arms started to stand on end. Needless to say, I got in the car and out of there quickly. I felt like I was lucky not to get struck.

Is there a single image you’ve captured that you value above the rest?

From June 2009 to June 2014 I photographed the sky everyday for my Clouds 365 Project. The project started to get really popular after the 3rd year, so I started to plan a shot for the final day of the project, which turned out to be after 5 years. I wanted a shot of my family and I in front of a supercell. I always thought it would be a great way to end my project, and I did end up getting that shot. It was a day that we left Dallas, Texas at noon. Drove 8 hours North West to Guymon, Oklahoma to intercept the only storm in the country right at sunset. Took 3 tries to get my favorite image, a “storm chasing family portrait” on the final day of Clouds 365.

If you could only bring one camera and lens with you on a mission, what would it be?

I loved my Canon 5D Mark III—shot with it everyday for years with no issues—but have since upgraded to the Canon 5DSr. SO, the Canon 5DSr with a 16-35mm lens

How do your wife, mom and dad, and/or kids describe your job to friends or colleagues?

Everyone describes me either as a weather photographer or a storm chaser. They always have to follow up saying, “yes, that’s his job! He is a storm chaser!” lol.

Will there always be a “next storm”? Is that part of the adventure?

Yes, that is definitely part of the adventure. Storms always have the same general characteristics, but none of them seem the same. I have photographed hundreds of storms and all have a special memory to them. Storm Chasing is not easy. It is very taxing, physically and mentally. I have averaged 19,000 miles each chase season between the months of April-June the last 5 years. You drive hundreds of miles each day to get a chance to see a storm at sunset—where the magic happens. As soon as the chase ends, I can’t wait to get home or to a hotel to look at the images and start planning the next chase!

Weatherproof tents made in Sweden to last