Sailing on Steroids in Bermuda 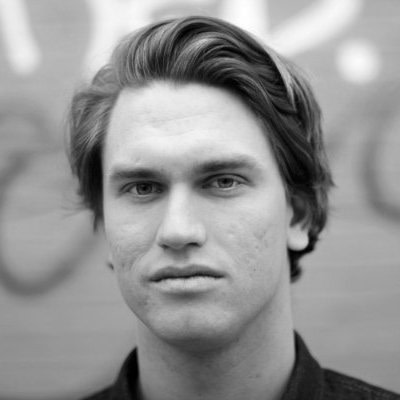 @hansaschim
The most outdoorsy Midwestern boy that ever was, Hans is a freelance writer and photographer currently calling Brooklyn home.
https://www.fieldmag.com/articles/inside-americas-cup-bermuda

At their best, pinnacle achievements in sport inspire us lowly masses to seek our own minuscule glory moments of athletic accomplishment. Alex Honnold’s free-solo of Yosemite might be the push you need to send that 5.13 — with ropes, of course. However when it comes to elite races like the America’s Cup — now employing technology on par with Formula One — all you can do is marvel at the lengths teams will go to cross the finish line first. The sport is a testament to the power of teamwork, absolute dedication, sheer athleticism and what’s possible when big ticket sponsors get competitive.

For the 35th America’s Cup Land Rover partnered with Sir Ben Ainslie, the most successful sailor in Olympic history, to form Land Rover BAR (Ben Ainslie Racing) in an attempt to bring the cup back to British shores for the first time since the race began in 1851. Land Rover brought more than a check to the table when they partnered with the beloved Sir Ben; they came with an engineering prowess that still makes the queen proud. Collaborating with nautical engineers, Land Rover’s extensive research and development facilities and know-how was employed to design the ships foils and rudders.

Over 189 million data points on the boat relayed roughly 175 gigabytes of information to Land Rover’s research facility in Merry Old England on every test sail leading up to the race itself. The result is a foil that efficiently keeps the boat aloft (known as flight) in order to reduce drag and ultimately increases speed over the water. (We’d nerd out more if we could, but that’s about as detailed as Land Rover BAR’s engineers are willing to get—teams are notoriously cagey about their R&D process in the America’s Cup, so any insights that reach the public are carefully vetted.) Land Rover BAR CEO Martin Whitmash, a veritable celebrity in is own right thanks to his decades at the helm of the McLaren F1 team, coolly declared over dinner that “a degree of intimidation is part of the business.”

We were fortunate to be part of Land Rover BAR’s inner circle for their first campaign at the cup. From lay-day training sails to a coveted spot on the team spectating yacht, our inside pass gave us an especially close look at this extravagant sport that is simultaneously steeped in tradition and cutting edge. Though as it turns out, top notch technology can only guarantee to get you so far—team Land Rover BAR dramatically lost in the Semi Finals to a young Emirates Team New Zealand. Naturally, emotions ran high on the spectator yacht, thought after a few more dark and stormys (Bermuda’s cocktail of choice) and a cruise back to the clubhouse, the mood turned celebratory. It’s hard to stay bummed in a place like Bermuda.

After arriving an veritable royal message came in the form of a text from the royals (Sir Ben is tight with the queen) and with it the announcement that Land Rover would continue their support for BAR’s next quest for the cup. Surely, the next boat will be even faster and with it, the competition will be just as fierce.