Newsletter signup
Backpacking Among Illusive Larch Bloom In The Enchantments

Backpacking Among Illusive Larch Bloom In The Enchantments 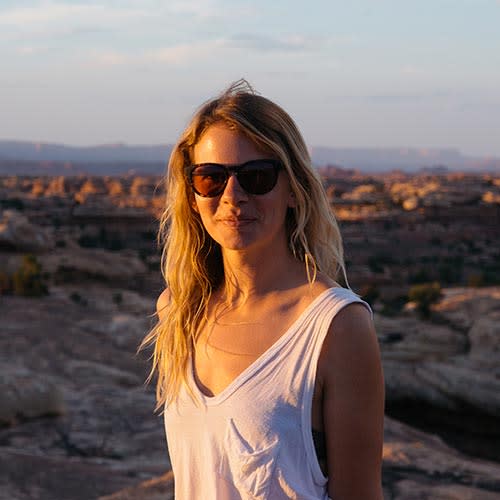 @_madelinejean_
Madeline Tolle is a Los Angeles-based freelance photographer and stylist with a special interest in shooting 35mm film
https://www.fieldmag.com/articles/fall-enchantments-backpacking-alpine-lakes-wilderness

We had won a backpacking permit in the lottery for the Enchantments area of the Alpine Lakes Wilderness back in March for this October. Our group of seven was to embark on a five day trip across the 19 mile traverse of the Enchantments Trail. After almost six months of planning and anticipation, we were excited, but having an entry so late in the season, we had no idea just what was in store for us.

Then the night before our arrival a blizzard that dropped five inches of snow on the entire area. As a difficult trail to begin with, the addition of this fresh snow would be an entirely new challenge.

Our first stop was Colchuck Lake, where we were greeted with our first larches in their finest fall colors, and a view of Aasgard Pass, the gate into the Core zone of the Enchantments. The pass gains almost 2000 ft of elevation in just over a mile. Scrambling up takes every ounce of strength—think burning thighs and wheezing lungs for almost three hours. Then add snow, and it became one beast to climb.

"As a difficult trail to begin with, the addition of this fresh snow would be an entirely new challenge."

On the way up, we said goodbye to whatever was left of the Fall and were immediately introduced to Winter. Upon reaching the top of Aasgard Pass an entirely new landscape laid out in front of us, feeling almost arctic.

At the highest point of elevation for our trip, the landscape was rocky and the weather severe. We ended up staying two nights at this camp, so that half of our crew could attempt to summit Prusik Peak. A windstorm struck in the middle of the day though, foiling their climb. It took a little longer for the storm to hit camp, but when it did, we were building rock walls to help protect our tents from 40 mph winds and the snow that came with it. To say that this was a cold night would be a gross understatement. Every toe and finger was completely frozen and unable to warm up. We kept our water filters in our pockets, hoping that our body heat would keep them from freezing and breaking. After a long night of waking up consistently to howling winds, shivering in our sleeping bags, we were eager to move on.

After leaving what we jokingly called “The Arctic Zone,” it didn’t take long before we began to descend to the most magical parts of the Enchantments. At a slightly lower elevation, the trail wove through a seemingly endless maze of almost unimaginably blue alpine lakes and bright yellow larches. We took this part of our hike slowly, capturing every second we could. With such an otherworldly landscape, it almost seems hard to believe it exists.

After a final night camping on Snow Lake (and the last of our freeze dried meals consumed), we woke up at sunrise to get a jump on our final day’s hike out to the Snow Lake Trailhead. It was hard to say goodbye, but after five days of getting beat on by everything the Enchantments had to offer, we were pretty ready to get out of the wilderness.

It snowed for the entire way out. Not another blizzard, but that serene silent snow that fills the forest with a bit of magic. The perfect goodbye from such a truly enchanted place.

and more of the Enchantments here