When a last second heli seat opens up, say yes 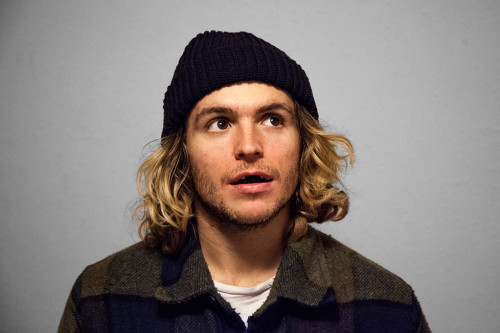 @austensweetin
Born and bred in Seattle, Austen is a professional snowboarder, emerging photographer, and all around purveyor of good vibes.
https://www.fieldmag.com/articles/austen-sweetin-alaska-heli-boarding-24hrs

Winter is a fickle thing. Sometimes it delivers and other times it doesn’t. In 2016 this is simply a fact, unfortunate as it may be. And as a professional snowboarder, this means I have to go where the snow is. Which as far as January and February were concerned, Whistler, BC was it. I had been spending a lot of time in the region filming for Absinthe Films' new, currently untitled movie, riding a lot of powder and seeing little sun. As the weather refused to cooperate, filmer Justin Hostynek and fellow Absinthe riders Manuel Diaz and Kimmy Fasani decided to take off to Haines, Alaska to meet up with Nicolas Müller and start their AK season with a five day window of blue bird days and a private heli.

The night before their departure Justin mentioned Nicolas was going to be a day late, leaving the heli one man short. “How would you feel about coming up for a day and filling the seat?” he asked. Immediately thoughts of AK spines and heli bumps overcame the feeling that this might get expensive, especially for a single day. But I looked at Justin and said I’m in. It’s not the craziest thing I’ve ever done, but it is pretty damn close.

"It’s not the craziest thing I’ve ever done, but it is pretty damn close."

Recently I had read an interview with the surfer Ozzy Wright, who said he’d started saying yes to everything to see where it would lead him. The uninhibited outlook got me really excited, and though I’m very much a yes man already, a bit of reassurance is always good. And this seemed like a perfect excuse to try my luck with it. So I hopped a flight to the tiny town of Whitehorse in the Yukon with photographer Oli Gag, rented a tiny blue bandito car, and headed off in the direction of Haines, Alaska. Or so we thought.

We soon found ourselves in a little town called Skagway, a thriving summer town filled with thousands of people from cruise ship visits. Though in the winter it’s deserted and creepy, almost like an abandoned movie set from an old western film. On top of this, it’s also the wrong border crossing into Alaska, and we arrived with the last ferry to Haines having left two hours prior. There wouldn’t be another one for two days we were told. After a walk around to find a sandwich and coffee we headed back onto the road and through the Yukon on our seven hour detour to Haines. At around 11 o’clock we finally found ourselves with the rest of the crew, in a yurt overlooking the towering mountain faces lit by the moon and stars.

As quick as my eyes closed they opened to the sound of coffee boiling and my silly sounding iPhone alarm buzzing on the table next to me. 5am be damned, the juices were flowing on this particular morning. I had been to Alaska a few times before, but there was something about this trip that felt special. I knew I was leaving just about as quickly as I got there, which had my nerves going strong. All in! I said to myself as we climbed inside the heli, knowing everything else would work itself out along the way.

As we floated over the ridge that hides the iconic birthday bowl at 8:30am my heart dropped and I started to smile thinking this must be a dream. Tucked away high above a ridge hidden between two peaks, Birthday bowl is legendary, having been named by Nicolas years ago when he discovered it on his birthday. It holds some of Alaska’s most fun terrain.

We filled our morning with as many spines, lines, and senders as we could, making the most of our day there. Starting with some lower angled spines to wake up our feet we continued to hike around the ridge to get into steeper and more technical lines. From morning until evening light we shared runs, tomahawks, and landings, hoots and hollers knowing that this day was a very unusual day—it’s very rare to have good snow with stable conditions and a guide saying, “it’s good, send it!”

Manuel charged steep spines with speed and ease as Kimmy slashed her way down open ridges, finding air off the end of some hefty spines. The stoke levels were an all time high being able to fly ridge to ridge and ride everything in between knowing that this opportunity only comes once in a blue moon. Giving it all we had we rode till we couldn’t ride anymore and the sun started to descend behind the peaks.

On the flight back to base camp after our long day of riding I looked around as everyone shared the same smile on their faces. We all knew it was one of those “right place and right time” kind of days.

After a beer and some laughs I said my farewells and wished the rest of the crew the best of luck and prepared for my early morning departure. The mountains in Alaska are beautifully large and humbling. Looking around from sea level it’s easy to realize how small compared to the peaks that surround us. I had given the mountains my love and knowing that I would be back again one day soon continued the journey back to where I started, only looking back to admire the mountains in the rear view.

The Soul of Snowboarding Found, From Japan to New Zealand

Bryan Fox, Austen Sweetin, and friends hit the open road with powder on the mind in new short film

A visual retreat to one of America's most precious places